Find a missing relative in the UK or abroad

People Finder Direct have over 35 years undertaken many searches for missing relatives on behalf of families across the globe.

There are often many different reasons why family members have not been in touch over the years including adoption, fostering, family feuds, family secrets and sometimes there is no reason at all as families drift apart both geographically and emotionally.

The reasons why people want to find missing relatives is also varied. Many have searched for parents or children for years or others have suddenly for a variety of reasons just discovered they have a relative they did not realise existed.

Please contact us today to find out how we can help find your missing relative.

The report also shows that children and young people continue to account for more than half of all missing incidents.

Three quarters of calls are resolved within a day and 85% within 48 hours. The vast majority (96%) result in the individual returning without having come to any harm.

For the first time the figures for England and Wales include a breakdown of how many individuals were the subject of those calls. The 275,000 calls received by forces related to 137,000 separate individuals, meaning a number of cases involve people going missing multiple times.

It is also the central point of contact for international missing person and unidentified body cases. 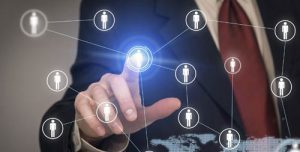 Looking to trace a debtor? Let us commence a search today.

If you have an outstanding debt, this may be lost altogether if the debtor hides his location so that you cannot trace them. Difficulty in locating debtors is not unusual when trying to trace a person who owes money. Often telephone numbers are disconnected or changed or individuals and companies change premises attempt to close their business and reopen under another name.

Timing is crucial in tracing a debtor and the sooner this is done the easier it is to find teh person who has tried to evade paying the outstanding debt. Also the more information provided when requesting a trace, the greater the chance that the debtor will be found and also that you successflly receive your monies back.

People Finder Direct will immediately commence a search for your debtor as soon as you appoint us to undertake the search. You can be confident that your case will be handled efficiently and with complete discretion.

To provide you with real proof of our skills and expertise please call us today on 0300 124 5700 or use our Contact Us enquiry form.